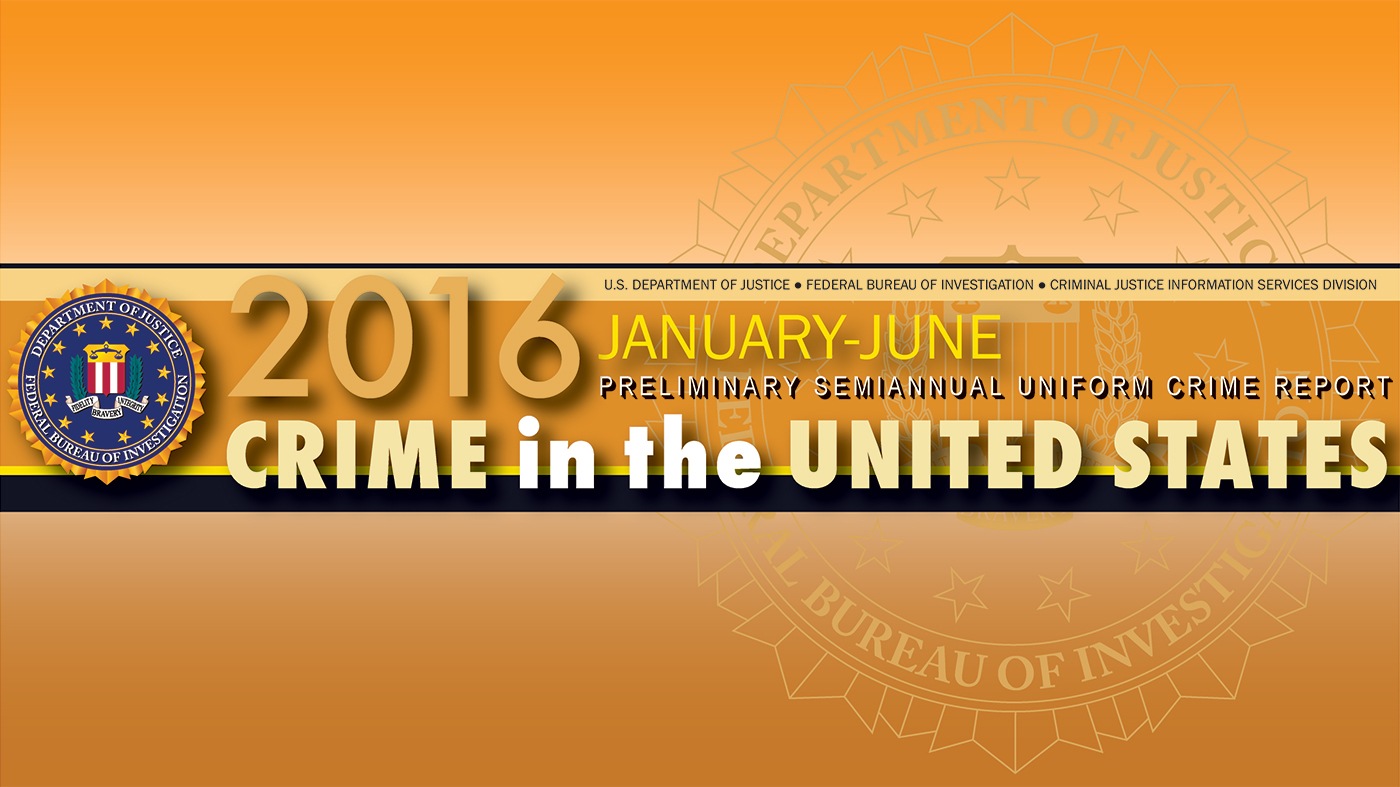 Today, the FBI released its Preliminary Semiannual Uniform Crime Report, which covers January through June 2016 and which shows an increase in the number of violent crimes and a decrease in the number of property crimes when compared to figures from the same time period in 2015. The data came from 13,366 law enforcement agencies across the nation.According to the report, violent crime in the U.S. showed an overall increase of 5.3 percent. Each of the offenses in the violent crime category-murder and non-negligent manslaughter, rape, aggravated assault, and robbery-experienced increases: aggravated assaults were up 6.5 percent; murders increased 5.2 percent; rapes (legacy definition) were up 4.4 percent and rapes (revised definition) increased 3.5 percent; and robberies were up 3.2 percent.And while property crime as a whole was down 0.6 percent (burglaries decreased 3.4 percent and larceny-thefts were down 0.8 percent), motor vehicle thefts increased by 6.6 percent.This preliminary report features several tables which detail the percent change in offenses reported to law enforcement by population group, by region of the country, and by consecutive years back to 2012. It also contains a table showing the number of offenses reported to law enforcement, by state, in cities with populations of more than 100,000.The full Crime in the United States 2016 report will be released later this year.Resources:

Posted In: Uncategorized, back to News- previous articles