WASHINGTON – The Office of Justice Programs’ Bureau of Justice Assistance today released the Fentanyl Safety Recommendations for First Responders’ companion training video- Fentanyl: The Real Deal. The video was produced to help first responders protect themselves when the presence of fentanyl is suspected or encountered on the job.

Objectively labeling a collision as preventable can sting, but it can also nurture good judgement

The term “preventable” can be a hard word to stomach—especially when you were just involved in a traffic collision that may have been your fault. It might imply that you should have known better and you did something wrong or failed to take an action that would have avoided the collision. Not an easy thing to accept when you’re a cop.
Read More
Executive Institute Newsletter- October 2017

This edition of ILETSBEI news features the Recommendations on Selection and Use of Personal Protective Equipment and Decontamination Products for First Responders Against Exposure Hazards to Synthetic Opioids, Including Fentanyl and Fentanyl Analogues by the Interagency Board.

Recently, the ILETSB’s counterpart in Wisconsin sent out Federal Railroad Administration (FRA) Emergency Notification System (ENS) flyers to all law enforcement agencies throughout the state of Wisconsin.  These flyers explain the use of the blue placards at every train crossing throughout the United States and Canada.

It looks like something good is on its way!

I. New wellness center: Stress/substance abuse therapy for cops only

An innovative medical treatment facility, exclusively for LEOs burdened by substance abuse, stress overload, marital problems, or other wellness-threatening issues, is scheduled to open within the next few months, not far from the Force Science Training headquarters in a Chicago suburb.

Dubbed St. Michael’s House, after the archangel patron of warriors, the special, nondenominational facility will occupy the entire floor of a private medical center and offer both residential and out-patient services for officers and their families.

Fentanyl: What first responders need to know about this potentially lethal drug

The illegal use of fentanyl is quickly becoming a public health crisis in Northern America – specifically Canada and United States. As a paramedic working the front lines on Calgary streets, I am seeing more and more fentanyl overdoses leading to respiratory and cardiac arrest.

This drug is not only affecting the drug users but poses an exposure risk to first responders. Public safety workers need to be educated and protected by protocols and Personal Protective Equipment (PPE).

an article from  In Public safety

In most professions, there is some level of stress. However, the demands placed upon police officers and ongoing threats of—and exposure to—violence leads to extremely high levels of stress on a daily basis. Such stress can do more than affect an officer’s job performance; it can also seep into and damage their personal life.

Officers must acknowledge their stress and recognize how it impacts their personal relationships, specifically their marriage. It isn’t until officers accept that stress is taking a toll on their lives that they can then take steps to mediate and reduce the adverse effects it has on them and their families.

An internal FBI investigation into the spike of attacks on law enforcement has determined that revenge, inspired by the Black Lives Matter movement, the media's assault on police shootings, and criticism from politicians, is the what motivates a "majority" of those targeting cops.

"Law enforcement officials believe that defiance and hostility displayed by assailants toward law enforcement appears to be the new norm," said the internal report stamped "For Official Use Only."

Verbal Contact and Cover Protecting Your Colleagues and Your Profession

Far too often today, I believe, police officers are being ‘rope-a-doped’ by manipulative people out on the street. Taken from the tactic famously employed by boxing legend Muhammad Ali, the ‘rope-a-dope’ is when a challenging or manipulative person says things that are intentionally crafted to get under your skin, make you angry, and get you to act unprofessionally. YouTube© is filled with videos of officers who have fallen prey to the rope-a-dope by a citizen who has taunted the officer into acting like a “dope”. Individuals and organized groups with anti-police agendas are actively trying to entice officers to act inappropriately so that they can catch the officer’s reaction on video and become the next viral video sensation. 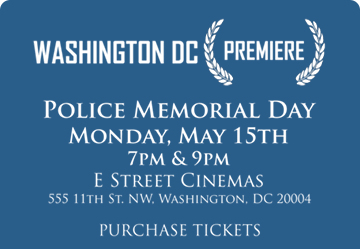